On November 21, 2015, a lawsuit was filed in Federal Court against the United States Government over the famous Nix Film of the Execution Of John F. Kennedy~which has been *missing since 1978*, “misplaced” by the HSCA and NARA. The terms of this lawsuit are simple: Find and return the Film to the family of Orville Nix, or compensate the family~Eight Figures.
And Gayle Nix Jackson is HERE~on TDA~to tell us all about it.

CLICK THE LINK TO LISTEN!http://www.spreaker.com/user/7338953/the-dallas-action-pt-36-its-gayle Today marks 51 years since the Coup Of ’63, and Gayle’s here! We hit a variety of subjects~James Files, Antonio Veciana, Jack Ruby, Pioneer Truth Seeker and Assassinations Researcher The Mighty Mae Brussell, plus much more. Tune In, Talk Dallas!
LISTEN/DOWNLOAD READY! THANK YOU! 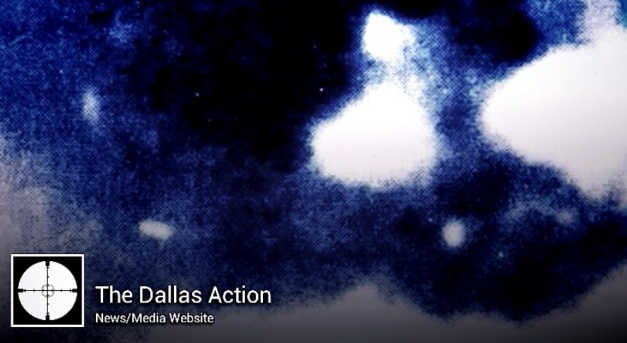 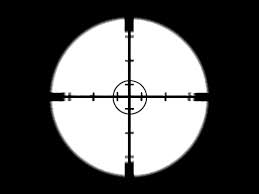 THE DALLAS ACTION~PT.29: Hangin’ Out With Gayle Nix Jackson

That’s right! 22November’s very own Southern Belle is here to talk about a range of subjects, but specifically, we get into her book, “Orville Nix: The Missing JFK Assassination Film”(Amazon.com or gaylenixjackson.com) and the mystery of the Honest Joe’s Pawnshop Car.
LISTEN/DOWNLOAD READY! THANK YOU!! 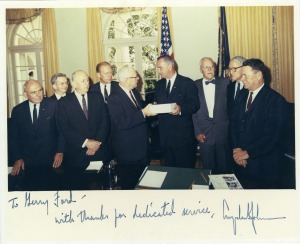 While 50 year anniversaries are normally ones to celebrate in relationships, the relationship many in the world still have with the Warren Commission should have been annulled 49 years ago.

50 years ago this week the commission appointed by newly sworn in president, Lyndon Baines Johnson, submitted their 26 volume report.  The love affair between a governmental cover-up and many in the world began.

The matchmakers for this relationship were Nicholas Katzenbach, Bill Moyers and J. Edgar Hoover, those great lovers of all things true and good for the benefit of the people. They decided that in order to ensure the American public’s normalcy be restored after the murder of JFK, the Commission must be a convincing paramour, capable of making even an eyewitness believe what they saw that horrible day in Dallas wasn’t true. Katzenbach wrote the promise:

“The public must be satisfied that Oswald was the assassin; that he did not have confederates who are still at large; and that evidence was such that he would have been convicted at trial.”[1]

The romance the American people and the world were asked to accept was a dysfunctional one.  People with astute minds, research skills and home movie makers were asked to believe this romantic fairy tale forged by the Warren Commission that  Lee Harvey Oswald acted alone as a lone nut. No one helped him.  “Please love us” the findings alluded. Love the Warren Commission’s findings, no matter how skewed and haphazard they may be.  Do this, and the government will take care of your worries that a coup d’etat has never happened in the history of our great country and never will.  We, the politicians, federal agencies, local police, justice system and tax payer paid experts of the Warren Commission will put your belief in the American system of justice on a pedestal and steal away your worries that there’s something wrong with our great country.   Here are the relationship vows the Warren Commission made to the world:

For this relationship to work, you must promise to do this for us, the unimpeachable Warren Commission: (remember, we’re doing all this FOR YOU, the people we love)

The Warren Commission didn’t ask much of us did it?  All they asked was for us to set aside our logic and believe them.  All great relationships have that type of foundation don’t they?

Lyndon Baines Johnson officiated the proceedings of this doomed romance using these words:

“Pursuant to the authority vested in me as President of the United States, I hereby appoint a Commission to ascertain, evaluate and report upon the facts relating to the assassination of the late President John F. Kennedy and the subsequent violent death of the man charged with the assassination.”

Did you notice that the words used were “ascertain, evaluate and report”?   Do you think, like Orville Nix did that the Warren Commission and President Johnson committed logical adultery by being untrue to the people?

It is time we divorce our relationship with the Warren Commission findings. Even the House Select Committee admits it was wrong. So did the ARRB. Why do we want to stay in such an abusive relationship of lies? Haven’t we had enough? This has been a corrupt relationship from the start built on deceit, fakery and agendas. Stand up for yourselves people and use your logic. Explore those questions that are haunting you about the death of JFK. Break the circle of 50 years of abuse and demand the truth. You deserve it. So did JFK.

Nota bene:  I know I don’t have to tell the majority of you that this article is an extended metaphor, but for those who aren’t familiar with rhetoric, it is a style used to make a point.

[1] Read more about this in the excellent article by Staffan H Westerberg & Pete Engwall http://assassinationofjfk.net/the-warren-commission-a-brilliant-deception/

This week Len is joined by none other than 22NovemberNetwork’s very own GAYLE NIX JACKSON talking about her book and Jim DiEugenio answering more listener questions…listen HERE! 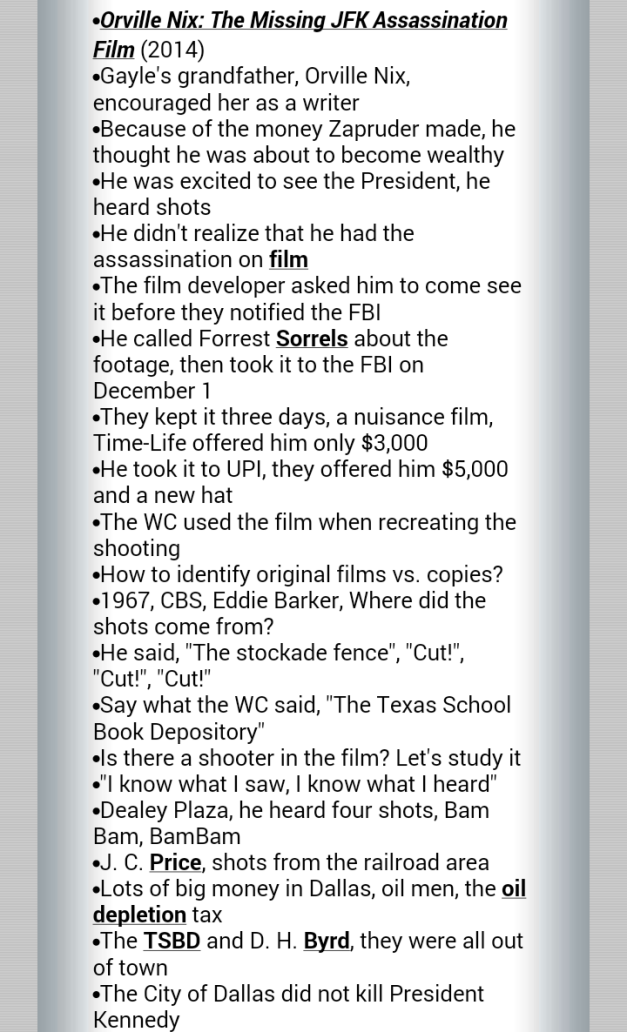 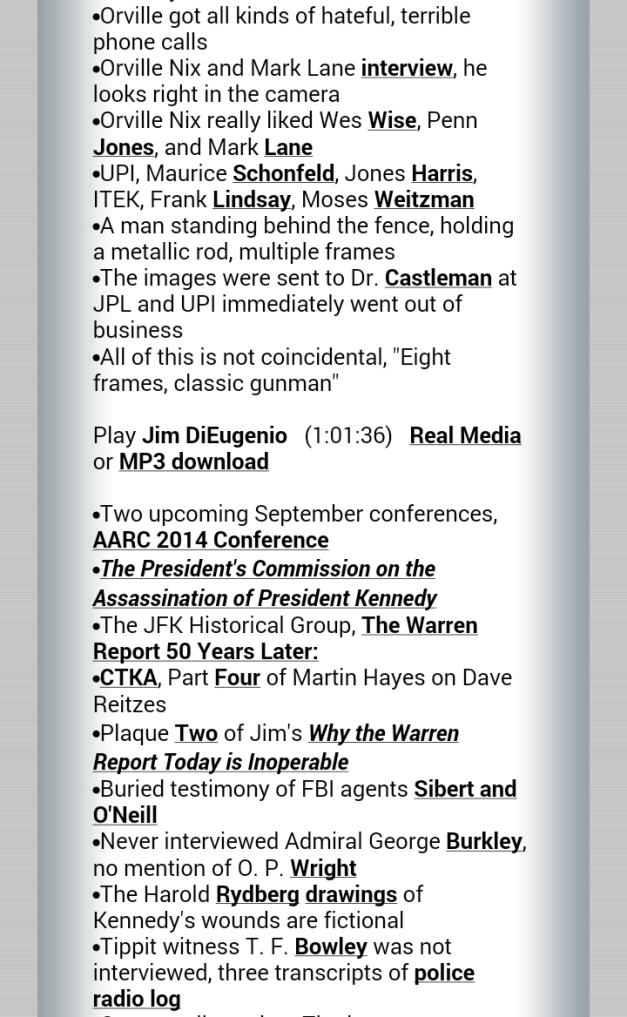 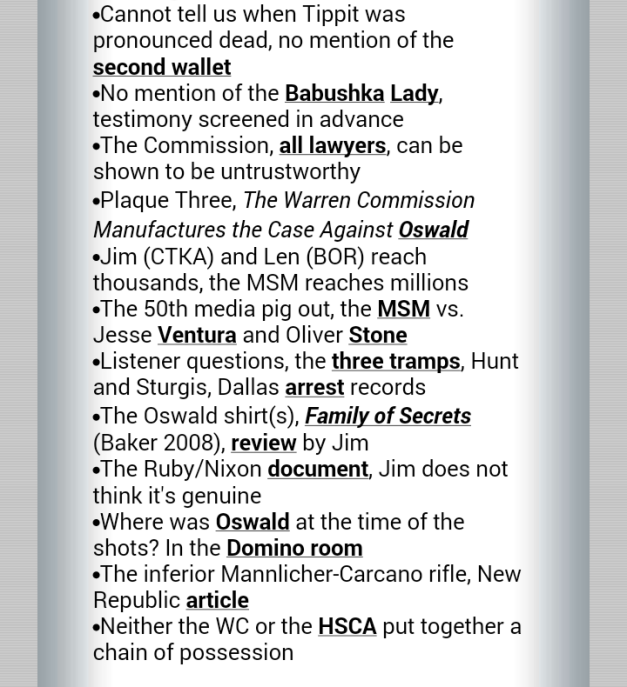